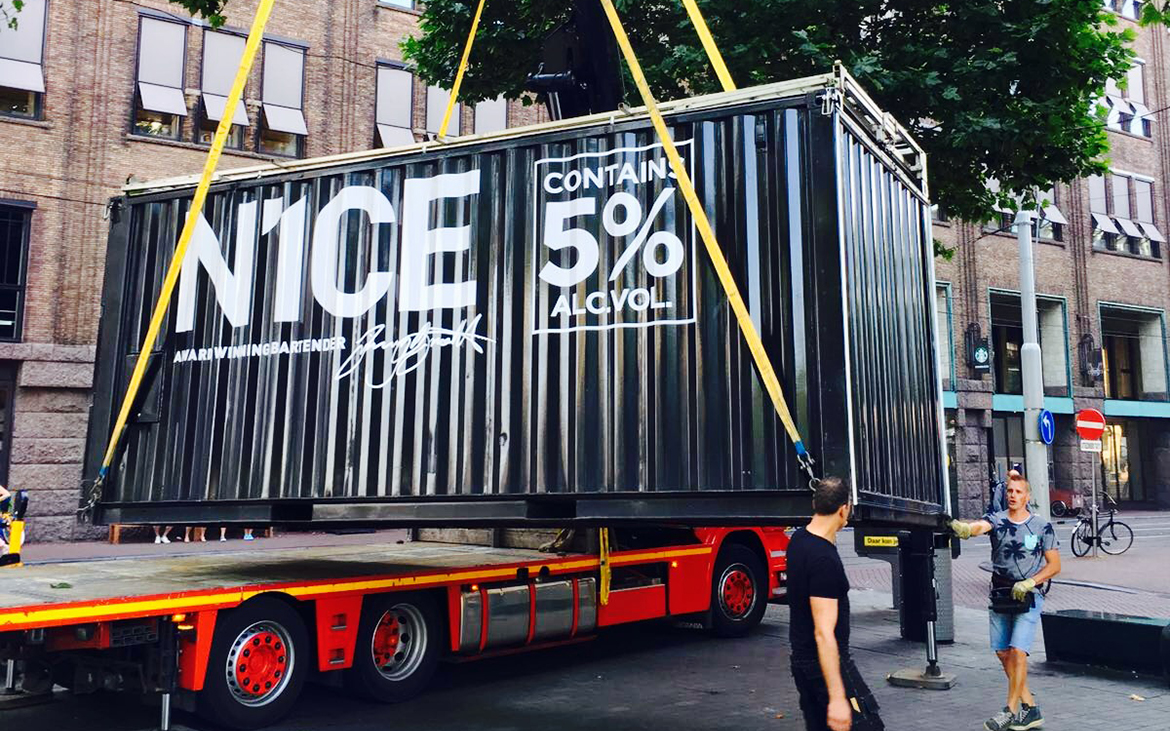 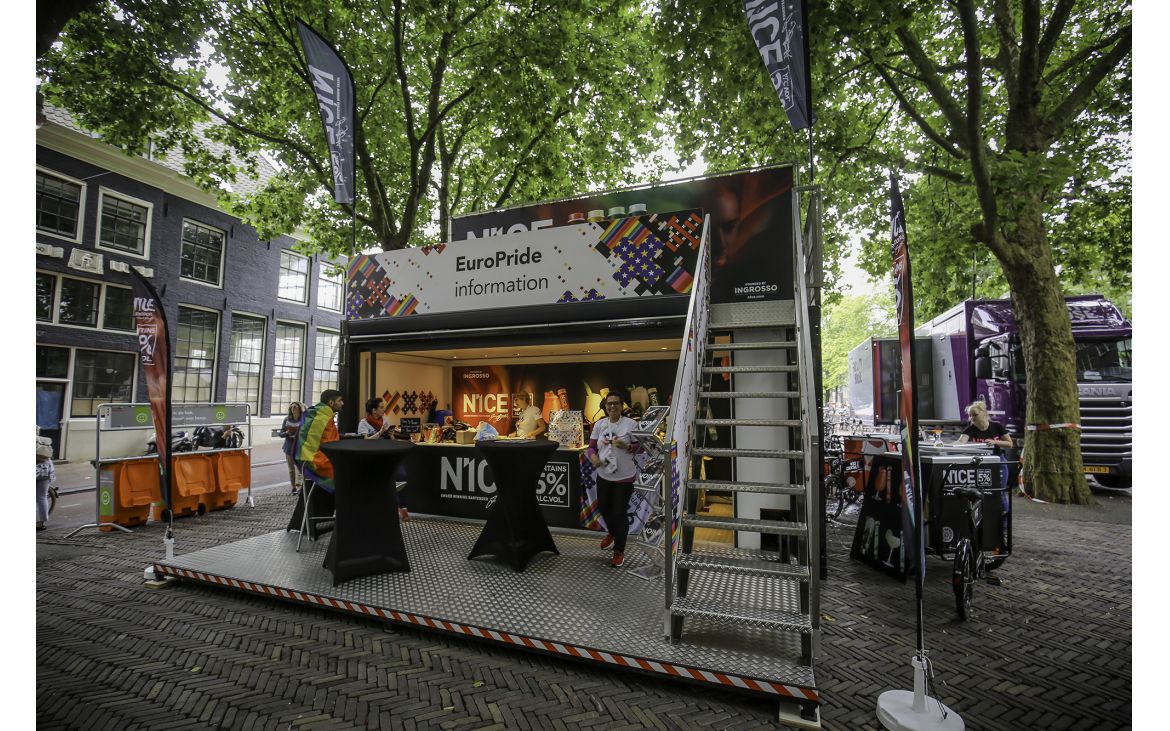 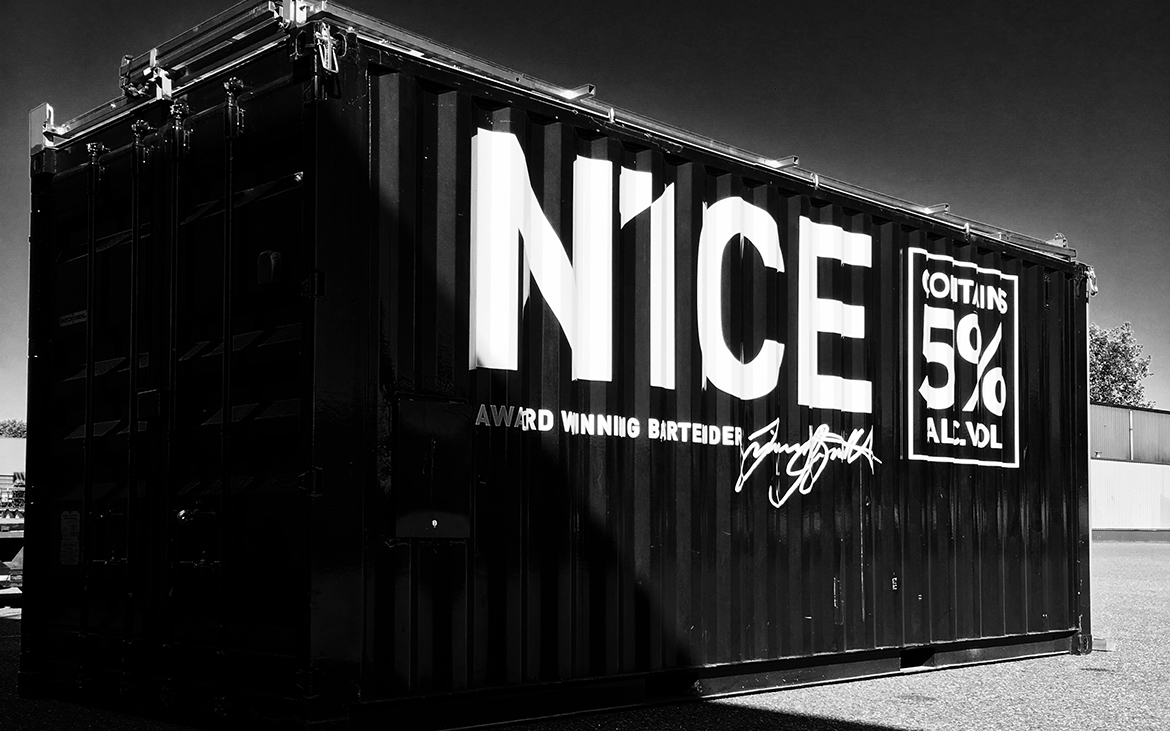 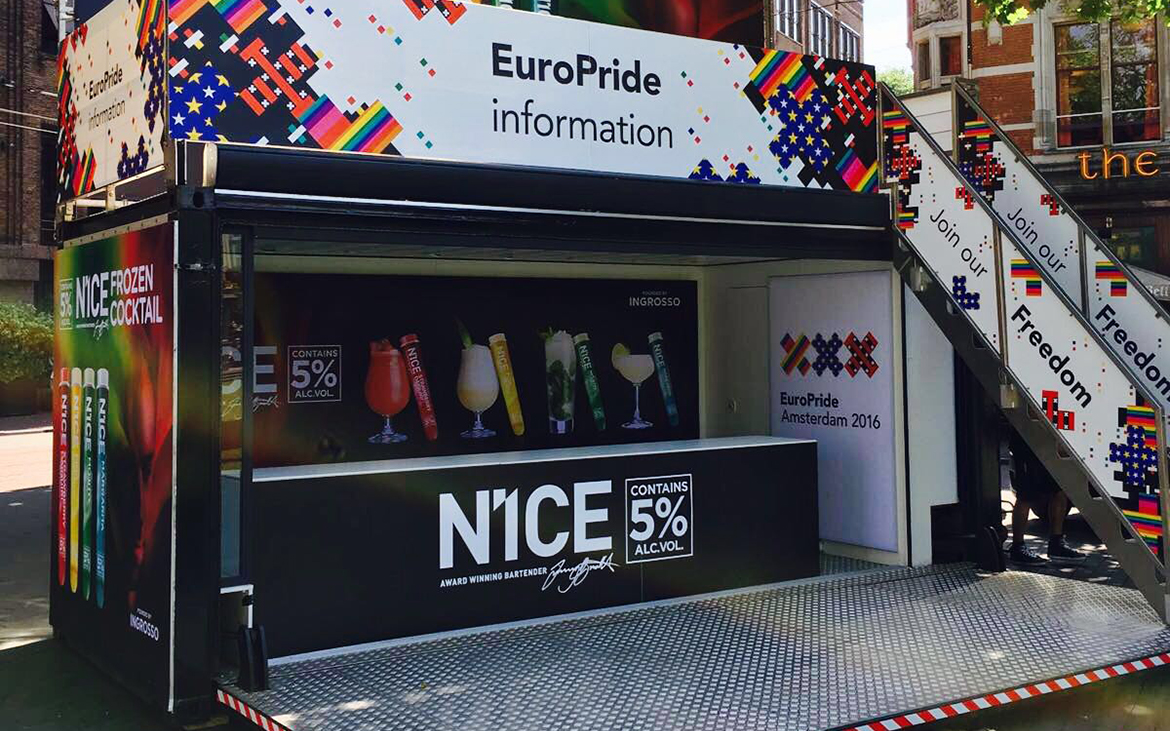 The Case
At Europride, the trendy Swedish N1CE Frozen Cocktail brand ice creams of the were promoted out of a cool Crazy Container.

The recipes for N1CE Frozen Cocktails, which contain 5% alcohol, are based on classic cocktail flavors. Initially, the ice creams were exclusively for the festival branch and big events. N1CE is currently rolling the concept out in retail. Every urban store in The Netherlands should sell these frozen cocktails.

N1CE Frozen Cocktail was started by a cooperation between producer and superstar Sebastian Ingrosso, DJ’s Axwell and Alesso and Bartender of the Year 2010 Jimmy Dymott. They created a brand that counts.

Europride
EuroPride is een pan-European LGBT-event, which is organized in different European cities. EuroPride is usually held in combination with an existing Gay Pride Event or in a city where there is a strong LGBT community.

A large number of activities – such as sport events, cultural festivities, concerts, films, debates, festivals and even church services – take place over a period of one or two weeks. Clubs organize special club nights and basically the whole city is dedicated to AIDS Awareness. The events also raise attention for gay rights around the world.

Help me with a concept

Create your own event container